I was a massive fan of Necromunda back in the day, and the nostalgia meant that I couldn't resist the temptation of buying the new game recently.

Over the past week or so we've been hit by heavy rain and miserable weather so over the weekend I decided to pick up the paintbrushes for the first time in forever and get back to doing some painting.

I decided to paint the Goliaths as I'd written a 1000 credit (point?) gang up and it came to 7 models so thought it would be achievable to paint over a few hours.

I decided to go with the always original red and black colour scheme which gives the whole gang a nice dark gritty look which I prefer on my models.

I decided to give all the models a darker skin tone as my thinking was that when these guys aren't our fighting rival gangs they'd be working at forges so wanted their skin to look tough, worn and leathery. I'm happy with how it turned out and it was nice and easy to do which is always a plus :)

So without further ado, may I introduce: 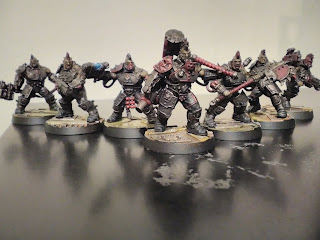 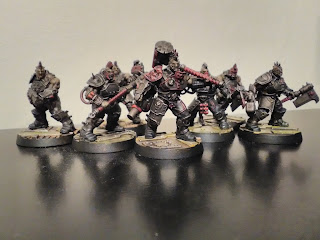 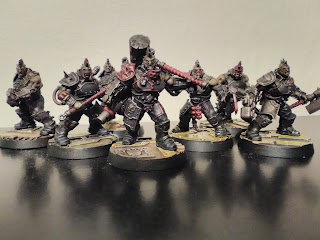 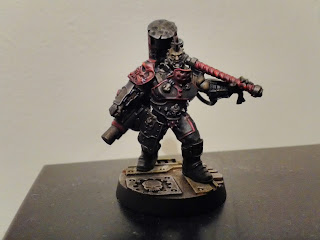 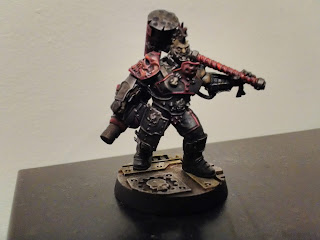 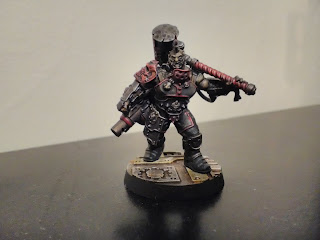 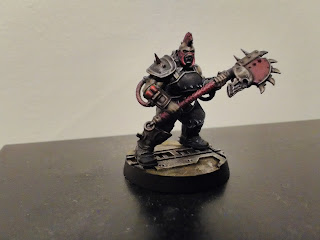 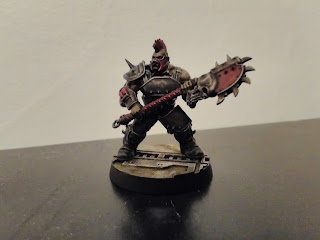 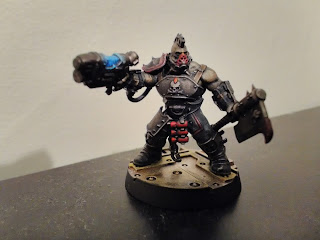 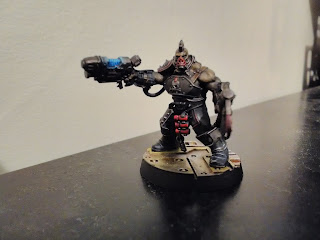 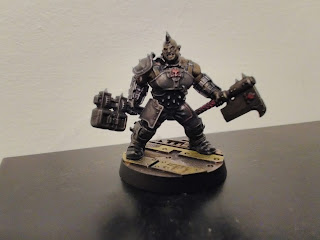 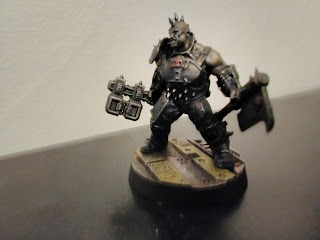 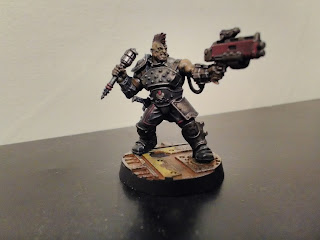 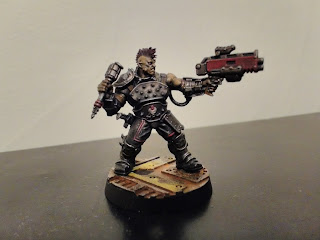 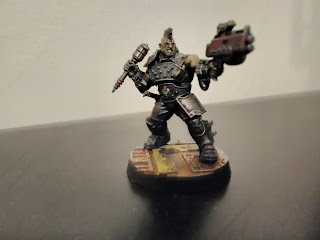 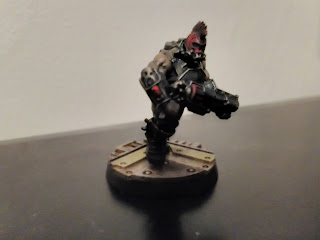 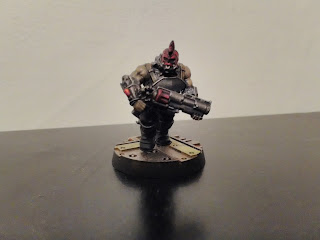 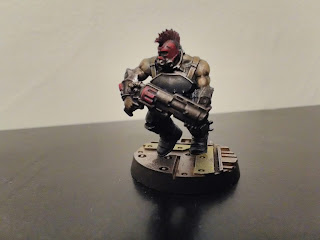 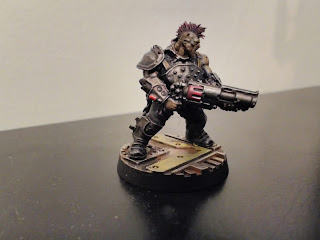 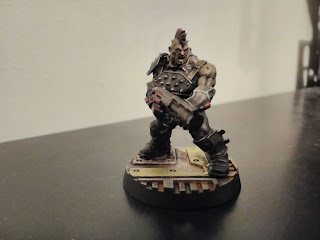 Nice and easy to do, I think the whole gang only took around 6 hours all up over a couple of days and I'm pleased with how they came out.

Now I'm looking at the Escher gang which is next on the painting table. Not sure if I should go dark and gritty with them also, or contrast them against these guys in bright colours...
Posted by Snake Eyes and Box Cars at 22:14

Email ThisBlogThis!Share to TwitterShare to FacebookShare to Pinterest
Labels: Necromunda